Students from countries listed in appendix of Tuition Fee Regulation  - which are the poorest countries on Earth - only have to pay the student union fee (ÖH fee) of € 21,20 each semester.

Students from all other countries, so called Third Countries (exempt of the countries listed in appendix 3), generally have to pay each semester the tuition fee of € 726,72 plus the student union fee (ÖH fee) of € 21,20 . There are, however, reasons for exemptions. If these apply, students can be exempt from the tuition fee.

If one of these points applies, an application of remission of the tuition fees has to be handed in within the application period. If the request is granted, only the ÖH fee has to be paid during the tuition fee free period (minimum study duration plus tolerance semester).

The equal status and the exemption is only possible if the above mentioned requirements are fulfilled, the application of remission of the tuition fee is handed in within the statutory regulated deadline and is granted. An exemption is not granted automatically.

In case the tuition fee free period is exceeded, students with an equal status have to pay the tuition fee of € 363,36 (within the general admission period) plus the ÖH fee.

For easy reading, klick the LL-Logo 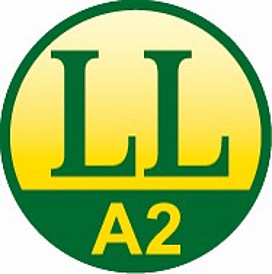